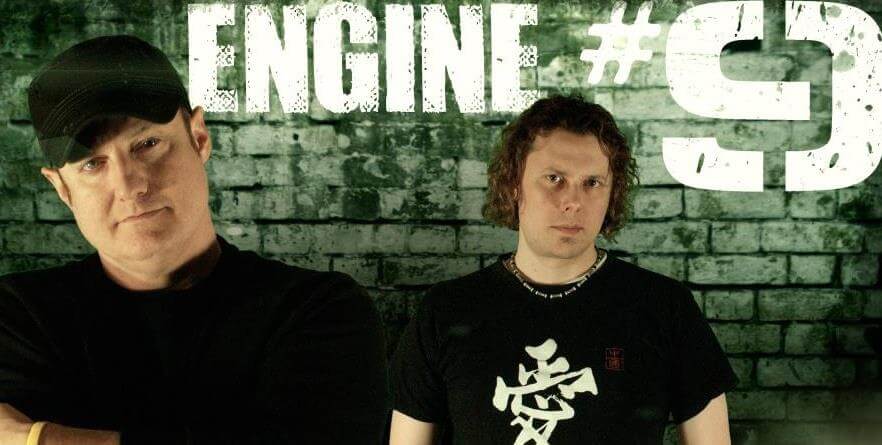 “With two turntables and a drum kit this Delaware based duo will electrify any crowd with their
unique brand of genre blending that leaves no stone unturned.  From hip hop to house to 80’s
rock, their seamless mixes will keep the dance floor packed all night long…”

Knappy (turntables) and Dave Simmons (drums) are seasoned entertainers, performing
up and down the east coast sharing the stage with some of today’s brightest acts.  Their alternative
rock band “Engine #9” amassed a large club following, breaking new ground as one of the first rock
acts to incorporate turntables into a live show.   Always looking to push the boundaries a little
further, they have decided to take their live drum & turntable mix show on the road.   Infusing
creative mixes with video and lighting makes this more than just a show…   It’s an event.

Knappy is known as one the premier live turntablists in the industry entertaining thousands with his club performances, which range from hip hop to house.   Knappy is also an experienced recording engineer, producer, re-mixer, video editor and writer.   He is the owner/operator of Knappy’s Bassment , a commercial recording facility.  He has worked with artists, large and small on projects that range from mix tapes
to major label releases.  His remixes can be heard in clubs nationwide.  Knappy is a truly unique talent in an age when sometimes talent is seen as optional.

Dave Simmons is known for his innate ability to lay an infectious dance groove and stay in the pocket as if he was born there.   Dave is also an experienced producer and writer, working with Knappy on many of his projects.   Considered by many as the ultimate showman behind the drum kit, when teamed up with Knappy it’s definitely considered a “must see” show.